By Justin JonesDecember 21, 2022No Comments 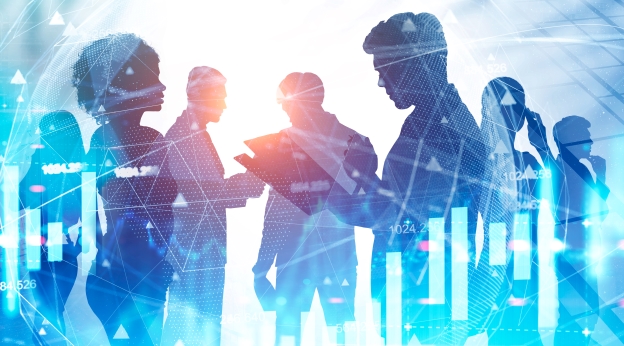 Key finance themes from 2022 include AI, digital assets, diversity and the role of humans in setting lines of defense.

Here are six topics that drew my attention this year, all of which bring the future of treasury and finance forward.

Diversity and inclusion in finance. It was telling that with everything going on in the world, members of NeuGroup for Mega-Cap Treasurers were most animated at their H2 meeting speaking about efforts promoting greater diversity and inclusion at their financial services providers, including diversity-owned firms and their own teams. With the former, this could be rooted in the idea that capital purveyors can do more to bring the benefits of capitalism to the disadvantaged. They would do better at this if members of minority groups were better represented in their ranks. This holds true, too, for the procurers of financial services and their relationship managers in treasury.

AI driving financial management. AI skeptics are coming around to how good artificial intelligence has become. Cash forecasting is one use case: “The accuracy of AI tools is amazing,” as one treasurer noted after telling us he had been a skeptic until a recent forecasting project had proven him wrong. There’s still a place for humans to offer judgment and overcome data bias in machines as they learn, but the path to becoming a line of defense as opposed to the initiator of financial management decisions is being set. More data to drive better decisions is being captured exponentially and new technology is making it possible to analyze it all faster than humans are capable. To the extent finance is a numbers game, why not let machine data masters take the lead?

Digital assets and crypto. All things Web3 deserve suspicion, given the fraud being conducted under cover of the hype surrounding them. Yet this has not dimmed the enthusiasm by certain cohorts within treasury at corporate enterprises for sharing and learning on digital assets, cryptocurrencies and the infrastructure plus capabilities to support their use. I chalk this up to a sense that trust in traditional finance (TradFi) and its institutions is waning (they may be only marginally better than the fraudsters) and the next generation yearns for something new.

Embedding finance in the business. A real-time decision tool, whether defined as AI, an algorithm or smart contract/code, upends the need for a centralized finance function in the same way decentralized finance (DeFi) upends the need for financial intermediaries. Financial decisions and actions are being put closer to the business in mundane areas such as approving invoices for payment. Algorithms can approve more and more of them instantly for payment and, hence, dynamic discounting or other invoice-based financing. Similarly, an aggregation of foreign currency payments, netted, can be traded by an algo and then algorithmically matched with the payments made.

Drawing up the lines of defense. Regulated businesses are constrained by three lines of defense. More of our members in unregulated businesses are being asked to establish lines of defense and focus more on operational and enterprise risks. This is a timely response to digital transformation. Algorithmic stablecoin failures showed the shortcomings of false embedding of treasury management into a business. But even the best financial algorithm cannot save unsound financial structures thought up by people. See the poor structure and unsmart contracts at FTX, the prominent and failed crypto exchange. Perhaps both people and machines need each other as a line of defense.

The true costs of energy transition. Reliance on fossil fuels produced by foreign countries and/or rogue states before alternatives are ready to bear the load has proven costly. And energy security costs are not the least of the cost concerns. As more finance teams start to drill into the costs of meeting net-zero emissions pledges, it’s becoming clear that it’s not just politicians who’ve led without thinking clearly about energy transition policy with a cost/benefit economics lens. It’s time to think about corporate energy policy with greater coherence and consistency as well as public policy. The financial implications of zero carbon emissions is one place to start. Smart firms have started trying to put a number on it, with the help of their banks and other financial advisors, and this will drive ESG thinking, sustainability ratings and climate risk disclosures increasingly. What are the risk-based economics of sustainability and should they be defined by zero emissions pledges on arbitrary timelines?