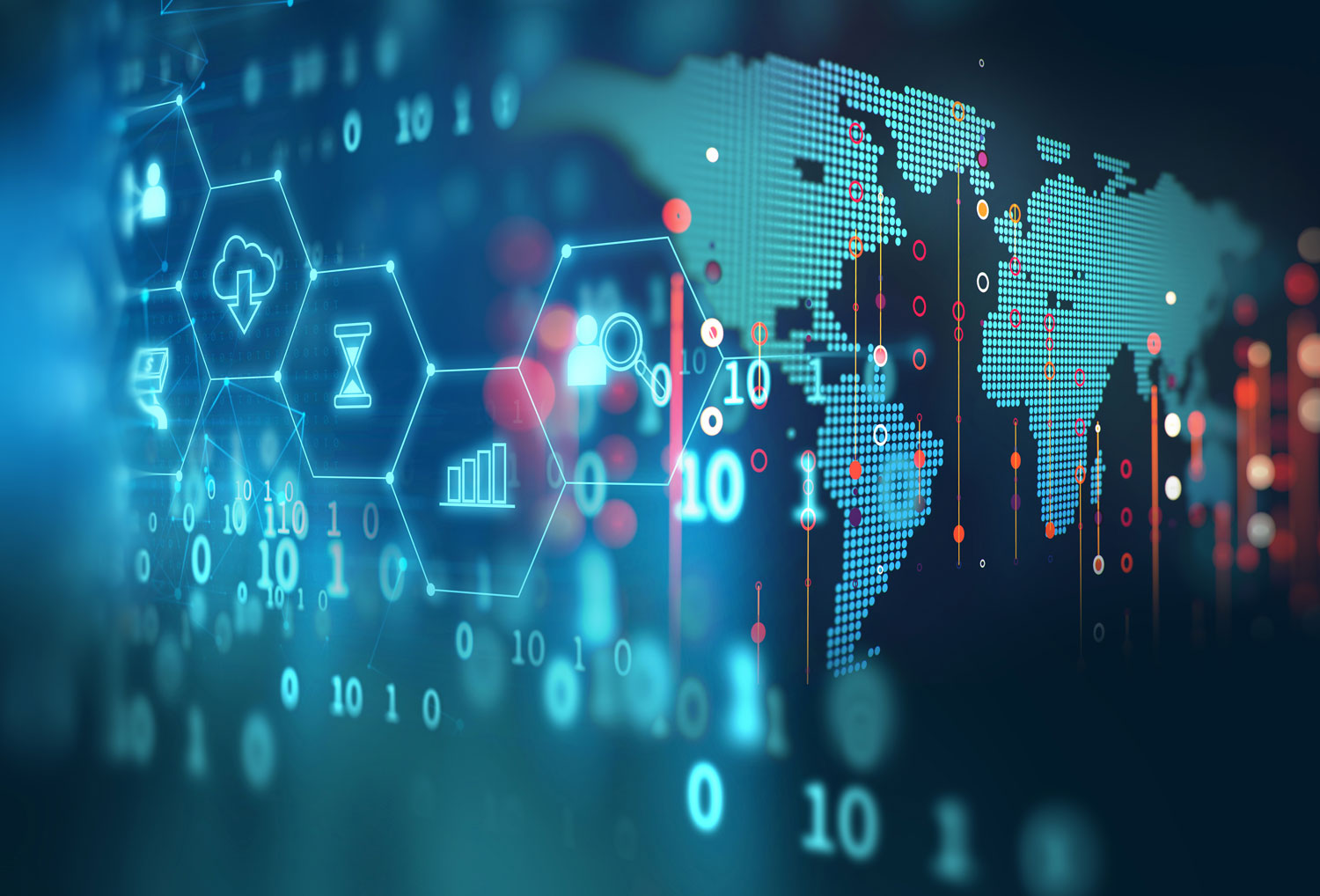 Goldman Sachs is entering the cutthroat and increasingly crowded world of corporate cash management determined to play the role of innovative disruptor—no easy task. A cornerstone of Goldman’s strategy is a product whose name is familiar to many corporate treasury professionals but that is not fully understood by all of them: virtual accounts.

That state of affairs has put Mark Smith, Goldman’s Transaction Banking head of global liquidity, on a mission to answer every question treasury teams have about virtual accounts, particularly as the bank has just launched its own Virtual Integrated Account (VIA) offering in the US, with plans to roll it out internationally later in 2020. “Virtual accounts are a foundational product for us and we’re conscious that awareness and understanding of them is inconsistent,” Mr. Smith says. “We’re here to change that.”

Virtual accounts began in the Asia-Pacific region in the early 2000s and started being used extensively in Europe in the last 10 years. In the last five years, they’ve become more mature in Europe, where there is less dependency on cash. They’re a relatively new concept in the US, presenting Goldman with an opportunity to help corporate treasurers who are seeking more efficient liquidity solutions.

“At their most basic,” Mr. Smith says, “virtual accounts are simply a way of organizing and reporting data within a real bank account.” Traditionally, he explains, companies have organized cash flow information by having separate physical bank accounts. He cites an example of a corporate with 10 divisions, with each division having its own bank account; in this instance, the cash balance, incoming receipts and outgoing payments can be tracked for each. “But that means maintaining 10 bank accounts,” Mr. Smith says. One alternative is to have one bank account and tracking information on an Excel spreadsheet with 10 tabs. The trouble with the Excel model is that “correctly allocating the incoming receipts and outgoing payments can be time-consuming and error-prone.”

Alternatively, the virtual account identifiers can be configured as a clearing-recognized account number, such as an International Bank Account Number or IBAN. This method means that the payment instruction only needs to contain the clearing-recognized account number; no additional reference number is required. When the bank receives the incoming payment, the VIA system automatically posts it to the relevant real bank account and (simultaneously) reflects it in the correct virtual account. Virtual accounts and the real account are always kept in sync.

Virtual accounts are a great tool for tackling the challenge of bank account and bank rationalization. Treasuries worldwide have witnessed a proliferation of bank accounts over the past several decades as customers and supply chains have expanded globally. This has brought with it the time and cost required to open and maintain all those accounts.

With virtual accounts, once the master physical account has been established, any number of virtual accounts can be opened—all with minimal additional documentation, if any. This will be one of the main features of Goldman‘s VIA offering. “The Goldman Sachs offering is self-service, putting the full power and flexibility of virtual accounts in the hands of the treasurer,” Mr. Smith says. This means treasurers “can effectively open and close virtual accounts instantly, and update hierarchies in real time. It’s a totally different experience to managing traditional bank accounts.

”At their most basic virtual accounts are simply a way of organizing and reporting data within a real bank account.

Goldman Sachs’ offering can also function across ERP systems. This means users will have the ability to send information using all industry formats; it’s also API-enabled and integrated across all the firm’s product offerings, real time if required. This is unlike incumbent payment mechanisms, which many banks use, and which use a host-to-host connection or node. Moreover, once the SWIFT structure is implemented, it’s hard to change.

Arguably the most documented use case for virtual accounts is in receivables management, which is how virtual accounts got started in Asia over a decade ago. Virtual accounts address an inherent problem with traditional receivables structures in which many receipts are received into one bank account, requiring significant manual intervention to reconcile.

Payments/Receipts On Behalf Of (POBO/ROBO)

Virtual accounts also drive significant efficiencies within a given legal entity, but they can be a powerful on-behalf-of tool when applied to corporate structures, Mr. Smith says. Subsidiaries no longer need to maintain their own bank accounts. Instead, they can maintain virtual accounts with a parent entity or treasury center. In this case, the virtual account becomes an intercompany ledger, recording the parent entity’s or treasury center’s position with the subsidiary, as well as all the underlying transactions.

”Goldman Sachs’ offering can also function across ERP systems. This means users will have the ability to send information using all industry formats; it’s also API-enabled and integrated across all the firm’s product offerings, real time if required.

While virtual accounts can drive POBO/ROBO structures, clients will still need to organize their payment and receipt operations centrally. This may require a time investment up-front, but the time and cost savings of POBO/ROBO structures will be well worth it and are well documented.

“Single currency notional pools can absolutely be replicated virtually,” Mr. Smith explains. This is done by assigning virtual accounts to subsidiaries within the same physical accounts, he says. Mr. Smith adds that individual virtual accounts can be overdrawn, but if the physical account maintains a positive balance, no overdraft charges are incurred. The virtual pool is also self-funding and self-collateralizing. Crucially, only the net balance on the physical deposit is reflected for general ledger and regulatory reporting—including capital reporting. “There’s no risk of gross-up as you have with a notional pool,” Mr. Smith says. Finally, pooling in this way doesn’t require cross guarantees as the bank faces only the one physical bank account.

Pooling Not Out Completely

Because cross guarantees aren’t required, virtual notional pooling should be significantly more straightforward to establish than traditional notional pooling. Theoretically, more clients should be able to benefit from the cheaper funding costs and lower FX fees as a result, Goldman argues.

Both banks and their corporate clients have wondered whether virtual accounts can ease the burden of know your customer (KYC) and anti-money laundering (AML) rules when physical accounts are replaced with virtual accounts. The use of virtual accounts may streamline customer onboarding obligations, with a focus on the customer—the physical accountholder. Still, it is reported that in South America, local regulations are requiring KYC by legal entity. “A certain level of due diligence will always be required on any participant in the US financial system, whether they participate physically or virtually,” Mr. Nanjundayya says.

Mr. Smith and Mr. Nanjundayya maintain that Goldman’s VIA is cutting-edge, and will continue to evolve, offering a best-in-class user experience, including full self-service capability as well as the ability to scale. As Mr. Nanjundayya explains, “Clients can open a million or more virtual accounts effective instantly themselves, should they need to—and to close them.” Further, he says, Goldman Sachs clients will be able to structure accounts into hierarchies and adjust those hierarchies using the same self-service capability. This ability to scale isn’t possible with traditional bank accounts, Mr. Nanjundayya says. Additionally, traditional cash structuring, including account opening, typically involves more engagement with the bank than is necessary with virtual structuring.

But Goldman doesn’t just want to be at the leading edge when it comes to virtual accounts; it wants to define that leading edge and drive it forward. “We are also future-proofing our product,” Mr. Nanjundayya asserts. While the bank is not willing to divulge specifics, Goldman’s offering will include capabilities expanding into FX, analytics, cross-border activity and even M&A management.

”Virtual accounts drive significant efficiencies within a given legal entity, but they can also be a powerful on-behalf-of tool when applied to corporate structures.

It’s All About the User

Goldman Sachs believes that the benefits of virtual accounts can benefit all clients and that its offering is not a segment-specific solution. That means it is flexible and can be adapted to corporates that have a variety of use cases, i.e., different corporates will use the accounts in different ways. For example, a property manager may use them to track the cash flows for each building, while a software company may use them to manage developer payments.