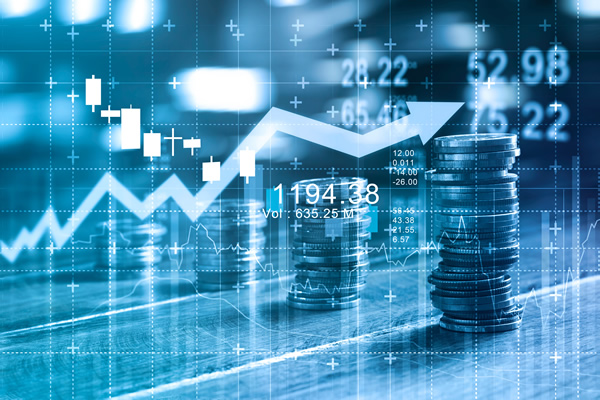 When it comes to cash management, treasurers must keep their focus on ways to make it more efficient and cost effective.

Editor’s note: This article was originally posted on iTreasurer.com on October 09, 2014.

The year 2014 has been one focused on efficiency and innovation as treasurers consider outside-the-box strategies for unlocking working capital and improving the tactical aspects of treasury. Major initiatives including SEPA and the internationalization of the renminbi (RMB) have proven to be catalysts for greater global change both from a strategic and practical treasury perspective.

Looking ahead to 2015, structural rationalization is the major topic as treasurers continue to review all aspects of their global treasury strategy to ensure the most efficient, most cost-effective structure possible.

“Rationalization is still a big theme,” says Martin Runow, Head of Cash Management Corporates Americas, Global Transaction Banking, Deutsche Bank. “It is one of those areas everyone’s looking at; how to become more efficient and get more control.”

So where should treasurers spend their time and resources in 2015? What projects will provide the greatest value? According to Mr. Runow and colleague, Arthur Brieske, Regional Head of Trade Finance and Cash Management Corporates Global Solutions Americas, Global Transaction Banking, Deutsche Bank, the following five initiatives should be part of treasurers’ overall budget and resource planning process for 2015.

GOING BEYOND SEPA
Initially rolled out as an approach for risk mitigation for commercial payment transactions in euro, SEPA adopters have found that SEPA, or the Single Euro Payments Area, provides a more efficient way to transfer and collect funds across borders without managing all the different legal payment frameworks of each country.

SEPA has allowed corporate treasurers to consolidate accounts and improve process efficiencies with the use of the new ISO20022 XML format to ensure the highest level of standardization across their SWIFT network. This format provides consistency in the financial messaging exchange between counterparties and is expected to gain greater efficiencies going forward. According to Mr. Runow the launch of SEPA has driven a lot of efficiencies that most corporate treasurers have been seeking for years. “It has taken ten years to get it up and running,” he says, “but we are there now and there is a lot of good to come of it.”

Many companies have used SEPA as an opportunity to consolidate accounts, allowing for simplification and optimization of structures including centralized accounts payable and accounts receivable, cash pooling and in-house bank structures.

But despite the many bright spots of SEPA, “reconciliation can still be a challenge,” says Mr. Brieske. Seeing a need for a single account with a single currency and a single infrastructure, Mr. Brieske says Deutsche Bank created a solution called Accounts Receivable Manager (ARM) for SEPA, which, according to Deutsche Bank is an automated payer identification solution that enables auto-reconciliation of incoming SEPA credit transfers and reduces the need to maintain multiple bank accounts for separate lines of businesses.

In fact, SEPA has been such a force for change that Deutsche Bank is rolling out this ARM solution so that companies can use it outside of the eurozone. “This model is going to expand beyond SEPA, in India for example, where banking can be complicated for companies,” Mr. Brieske says.

There are still “many more benefits to be had” with SEPA, Mr. Runow notes, but as of now, “a lot of large companies are reaping the benefits of their investment in SEPA and a lot of people are getting true value out of this beyond Europe.”

GLOBAL ACCOUNT RATIONALIZATION
As noted above, the SEPA initiative has acted as the catalyst for other global projects, with high priority placed on account rationalization. By reducing accounts across Europe, many large US multinational corporations are realizing significant savings in both hard- and soft-dollar costs. “In the SEPA environment, all corporates need is one account for payments and one account for receivables across the SEPA landscape,” says Mr. Brieske.

The downstream effect of reducing the number of physical bank accounts accentuates the ongoing challenge of managing banking relationships around the globe. Issues like overall cost, allocation of bank wallet, management of counterparty risk, and supporting the needs of the operating business, are all equally important when deciding which bank provider receives what level of business within your organization.

Keeping every bank happy is a tough job, if not impossible. However, being able to spread the wallet across fewer banks is one of the positive by-products of a bank consolidation.

IN-HOUSE BANK STRUCTURES
Treasurers have continued to find ways to alleviate the growing cash balances that have become strategically more important to their organizations as they face increased pressure to refine their cash management initiatives to provide more efficient movement of these cash balances.

Based on recent NeuGroup peer group survey results, nearly 70 percent of respondents have up to 50 percent of their total cash “trapped,” with everyone putting a focus on the ability to use these trapped balances when local entities require funding. Structures like in-house banks (IHBs) are becoming more commonplace as organizations take the next step to further enhance their global liquidity models. Many times these structures can bring a significant amount of processing efficiency and can help unlock trapped cash by allowing the funds to be loaned out across participating subsidiaries, thus reducing trapped cash.

Considerations for establishing an IHB start with choosing a favorable location, along with important tax structure considerations, local regulations and withholding tax impacts. These primary areas of focus should be defined prior to kicking off an IHB project.

The practical considerations for the evolution of the IHB can be directly attributed to global expansion and increased revenue mix overseas in addition to complexities related to time zones, language, growth of regional shared services and decision execution.

Traditionally, IHBs have been set up to alleviate the voluminous amount of intercompany transactions between legal entities and to comply with tax policies. The natural evolution of these structures then focused on cross-entity liquidity management, while maintaining clear segregation to avoid commingling of funds. Next, was the consolidation of cash balances on a regional level with centralized oversight using tools like notional pools to add efficiency. Structures continued to evolve to include centralized cash forecasting and foreign exchange management with the final phase of development being one of global consolidation with one global account for pay on-behalf-of (POBO) and one for collections on-behalf-of (COBO) across all business units.

The Dodd-Frank Act and Basel III regulations have placed greater scrutiny on banks and have mandated stricter guidelines on the amount of capital a bank must hold for certain types of transaction activity. As a result of this and other regulations focused on anti-money-laundering, banks have placed stricter compliance requirements on their KYC process.

Mr. Brieske says, “The challenges IHBs will confront are likely to stem from the challenges banks are facing with increased regulation. So indirectly, regulations will impact them, but it is the banks that will be responsible for the regulations.”

Mr. Runow adds that those MNCs that establish an IHB structure will need to ensure everything is tightly buttoned-up and that reconciliations and account reporting are thorough and diligent. “There’s no room for sloppiness, no cutting corners,” he says.

RMB INTERNATIONALIZATION
As a result of the ongoing RMB regulatory changes, there has been a significant improvement in the ease of making cross-border RMB payments via China. “Chinese regulators have certainly shown that they have a strong interest in RMB payments going global by making it easier to transact in RMB,” says Mr. Runow. But the RMB is still a fairly new currency on the international scene.

He acknowledges that “flows are going through the roof;” however, they are still modest compared to the US dollar or euro.” Despite this, Mr. Runow and Mr. Brieske expects this will change in the next few years.

The RMB can now be integrated as part of a corporation’s overall liquidity management strategies with pooling of RMB and cross-border RMB lending becoming commonplace. On February 20, 2014, the People’s Bank of China announced its support of the expansion of RMB cross-border usage in the China (Shanghai) Free Trade Zone (Shanghai FTZ), which now allows for the following activities:

The RMB internationalization project has begun to pick up steam over the second half of 2014, with many global MNCs looking to launch new cash management strategies in Asia. Those who are taking the time to create these new structures are able to unlock China’s previously “trapped cash” challenge, and optimize their cash held in this part of the world where many opportunities lie for them.

According to Mr. Brieske, the loosening of these regulations will eventually have a downstream effect moving from very large corporations to small local businesses. “As deregulation happens, you will not have to wait to see the pent up demand to kick in — it is already happening.” The result will be a rapid increase in payment volumes, which is likely to result in the RMB moving to the top five SWIFT currencies within the next several years.

MAXIMIZING EXCESS CASH
According to Mr. Runow, most MNCs today are still very risk-averse and focused on principal preservation. “The dilemma is corporates are looking for yield but there is little appetite to go into risky assets,” he says. Mr. Runow adds that from what he has seen investment policies actually have become “stricter rather than more lenient.”

This has been supported by feedback from recent NeuGroup peer group meetings. With the continuation of low yields, it is little wonder that cash portfolio asset allocations are heavily weighted toward money market funds, US Treasuries and agency debt, corporate bonds above the single-A threshold and corporate commercial paper and certificates of deposit.

Mr. Runow says, “Corporates continue to be very strict and highly conservative, tending to seek return of invested money over return on investment.”

With the continuation of low rates expected through a good part of 2015, treasurers may be well served to consider implementing an IHB so that their growing levels of excess cash can work harder around the globe versus sitting in a very low-yielding investment asset.

LOOKING AHEAD
The tagline “less is more” has been the mantra for practitioners since the onset of the economic crisis and now well into the recovery; unfortunately, for most it looks like it will remain the mandate for some time to come. Therefore, treasurers will have to continue to work smarter when it comes to rationalizing structures, cutting expenses and most importantly, getting the company’s cash to safely work harder. They will also have to remain alert to new possibilities of maximizing cash where it is sometimes considered trapped. With this in mind, extra attention will have to be paid to the RMB and its continued growth and ease of use.