Checklist: What You Should Know About ISDAs 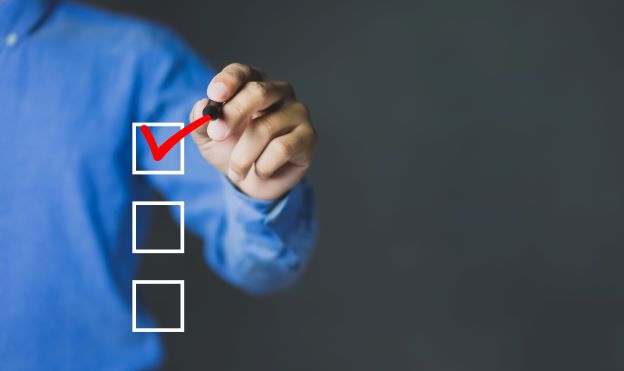 Based on many discussions with practitioners in NeuGroup peer groups, here is a checklist of things to consider when implementing ISDA Master Agreements (ISDAs).

One of the first considerations is whether it is worth bothering to set up an ISDA with every counterparty.

Consensus has it that a template should be doable for anywhere from $50-100K in legal fees (fees should be coming down as more corporates turn to ISDAs and the more corporate-oriented clauses become part of law firms starter templates).

The need to involve internal counsel to cross-check these templates might raise the legal costs. Finally, while the first instinct might be to limit the ISDA to FX, it usually is more effective to consider the broader counterparty risk across asset classes, when preparing the template.

“We try to keep them standard,” said a treasury head whose company is “99 percent” on 2002 ISDAs; another has managed to keep all its banks to 1992 ISDAs. Marc A. Horwitz, an attorney formerly with Baker McKenzie (now with DLA Piper), noted: “For end users (corporates), we prefer 1992, particularly for FX trading.”

Also, just as banks have their pet peeves about what they consider important aspects of the ISDA to protect themselves, in the end, said one FX risk director, “you have to carve out various aspects of the [ISDA] contract you don’t like.”

Whether pricing is influenced by where the trade is executed is something to watch out for. A firm in the large-cap bracket with a bank in one region of the world may be covered by the medium-cap group in another, due to the relative size of its presence there. This could be true for one or several banks.

Banks should also not be allowed to book trades from branches located in jurisdictions which prohibit offshore FX transactions unless the ISDA is in the name of the onshore sub.

The former considers the amount that would make the counterparty whole on the trade. The latter requires four market quotes and the ultimate price is the average of the two middle quotes.

“Some corporates take strong views on which they prefer,” noted Mr. Horwitz, based on their experience with closeouts or what types of trade they plan to use most.

On the other hand (and this is another “score” for SWIFT), a corporate practitioner pointed out that using SWIFT confirmations helps in this regard as there is “not much room for sticking in additional terms or changes.”

THE TABLES ARE TURNED

While ISDAs may have been insisted on by banks in the past, it is now corporates that are scrutinizing them to ensure they are properly protected when banks look vulnerable. Firms, therefore, should take extra precautions to guard against events that may work against them at some future point in a trading relationship, when banks again look less vulnerable, starting with a mutually agreeable ISDA.

WINE AND ISDAS: VINTAGE MATTERS
Should a firm opt for the 1992 or 2002 form of ISDA? The major differences between the two, said Baker McKenzie (now DLA Piper) attorney Marc. A. Horwitz, are:

Grace period for failure to pay. The grace period in the 1992 form is three business days, in the 2002, only one. For treasuries with limited bandwidth, three days’ grace can prevent mistakes and non-payments not due to credit default events from unduly punishing the firm or result in terminated trades.

Scope. The 2002 form includes a broader range of specified transactions, such as repos, reverse repos and securities loans. “For corporates, we generally prefer 1992; you don’t want an unexpected event in a non-ISDA trade to permit the bank to unwind this ISDA trade,” Mr. Horwitz said.

Force majeure. The 2002 form has a force majeure clause which governs termination of trades that are impossible to make payments on, after an eight business-day waiting period.

Right of set-off. The pre-printed 2002 form includes a set-off provision, which the 1992 form does not (it can be inserted).

Settlement. The 1992 form permits “loss” or “market quotation” as basis for the settlement price upon early termination. The 2002 form has a pre-determined method, a “hybrid” between the two, which doesn’t require four market quotes. There have been efforts within ISDA to migrate end users to the close-out amount, and while firms on the 1992 form can opt for this protocol, it “hasn’t taken that well with corporates,” Mr. Horwitz noted.

ELECTIVE EARLY TERMINATION
As counterparty risk concerns remain pronounced both on the corporate and the bank side, corporates are reporting that banks are showing increasing interest in inserting an elective-termination clause into the ISDA (in the Other Provisions section).

For example, one bank has requested to insert it into a 1992 ISDA master with a corporate, which would allow either side to terminate a derivative six months after inception, and every six months thereafter.

The concern with such a clause is that the company is at risk of the bank terminating a long-term hedge by invoking this clause, leaving the company unhedged. This could cause unintended cash-flow consequences and, more importantly, problems with the hedge qualifying for hedge accounting treatment even at inception.

While the ISDA forms have specified “default” and “termination” events that are standard and bilateral, elective early termination clauses are not common, nor are they recommended in an ISDA governing a relationship, and that may cover a multitude of trades over a long period of time. Former Baker McKenzie (now DLA Piper) ISDA attorney Marc A. Horwitz pointed out that, absent a compelling regulatory or credit reason for such a clause, corporates should push back on banks trying to insert it.

A hedge, after all, is for protecting the corporation, not the bank, as a risk manager pointed out, and corporates already have a way to get out of hedges: by unwinding them; this, however, should be the firm’s decision, not the bank’s.