By Antony MichelsMarch 19, 2020No Comments 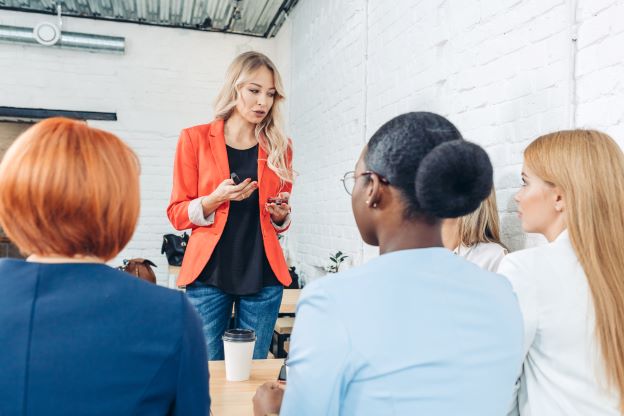 Mentoring circles can help women find sponsors who can advocate for their career advancement.

Three women who are senior finance executives at a major multinational corporation described how their company organically builds sponsorship using so-called mentoring circles to support the development needs of high-potential talent. The three spoke this week at a Women in NeuGroup virtual meeting.

Sponsor vs. mentor. “A mentor talks with you, and a sponsor talks about you.” That concise phrase captures a key difference between the two roles, as described in the panelists’ presentation. In addition:

A Catalyst report also notes that among the benefits of sponsorship are increased loyalty and tenure and a willingness to give back by mentoring and sponsoring others.

Personal stories. One of the women cited her promotion from the senior director level to an officer role as the best example of how she benefited from sponsorship. She said a colleague took a calculated risk in recommending she take his job because he believed in her based on the work she did. Her advice: “You have to work for mentorship and sponsorship; it doesn’t just come to you.”

Sponsors cannot be assigned. No matter how structured and well-thought-out a program to advance the careers of women and other under-represented groups, you can’t force sponsorship. So the presenting company uses mentor circles “to create an environment” where a sponsor relationship can develop organically.

Agree on expectations. Panelists and participants agreed that the best mentorship relationships begin with a clear intentions and goals. “Be very deliberate about it,” one panelist said. “It’s important to have a shared set of expectations.” She recommends seeking mentors in other areas of the company to whom you would not normally have access. Another panelist said that it pays to be flexible and find both women and men to serve as mentors and sponsors.

Know when to end the relationship. One panelist praised a former mentoring circle leader who was clear in saying, “Your name has been given to me, I want to invest in you; but when this is not valuable, let’s admit that and move on and give someone else the spot.”

Transparency matters. Some participants described being surprised at learning—after the fact—that someone had played the role of sponsor for them in supporting their advancement.